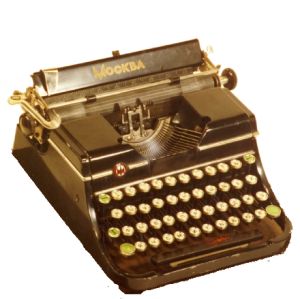 Samizdat (Russian: самиздат) was the clandestine copying and distribution of government-suppressed literature or other media in Soviet-bloc countries. Copies were made a few at a time, and those who received a copy would be expected to make more copies. This was often done by handwriting or typing. This grassroots practice to evade officially imposed censorship was fraught with danger as harsh punishments were meted out to people caught possessing or copying censored materials.

Vladimir Bukovsky defined it as follows: "I myself create it, edit it, censor it, publish it, distribute it, and [may] get imprisoned for it."

Essentially, the samizdat copies of text were passed among friends. The techniques to reproduce the forbidden literature and periodicals varied from making several copies of the content using carbon paper, either by hand or on a typewriter, to printing the books on semi-professional printing presses in larger quantities. Before glasnost, the practice was dangerous, since copy machines, printing presses and even typewriters in offices were under control of the First Departments (KGB outposts): for all of them reference printouts were stored for identification purposes.
The above text is a summarised version of this Wikipedia article
On can not help thinking that if Edmund had known that his work was being reproduced in this way,  he would have thoroughly approved of it.

The actual quantity of Edmund Cooper Samizdat will never be known. Only two titles of hand-produced Samizdat, so far have come to my attention, both of which are in the possession of Sergei Danilevski: A Far Sunset was typed out for him by a schoolfriend's father. The Butterflies was handwritten by Sergei himself.

Many thanks to Sergei for providing me with photographs of his copies.
If anyone else has any EC Samizdat, please let me know.
In respect of small-press printed Samizdat, it is known that at least four of Edmund's titles were produced and distributed:
So far, I have not seen any of these printed versions. If anyone has a copy and would like to send me an image, I would appreciate it.