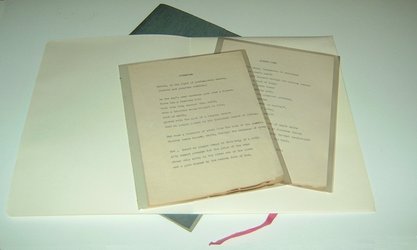 The poems are 'Hiroshima' and 'Summer Poem' 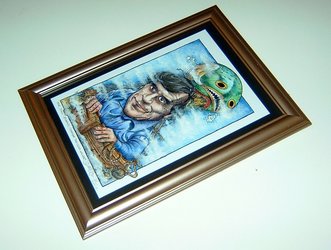 In 1987, Stellar Games produced an RPG game based on Edmunds Expendables Books. The aim of the game was to 'prove' planets.

Review pulled off the web:

"Expendables are skilled convicts serving out their sentences by performing highly dangerous missions in return for the Galactic Republic coummuting their sentence. The unfortunate truth is that Expendables rarely survive long enough to benefit from this commution, but those who choose this course do so because the short life of an Expendable is of better quality than any length of life in prison and for the chance at an early parole (if they survive that long). Very few petty criminals ever take on the role of an Expendable because the chance at freedom and likelihood of death when compared to their total sentence is not worth it; instead, most Expendables are hardened criminals looking at extensive sentences that would otherwise be served out in brutal prison camps for a lifetime or more. Expendables take five-year service comittments to the program. 1 in 10 does not survive that time. At the end of their service, should they survive, their record is cleared and their time is considered served. They are allowed to return to society as a full citizen of the Galactic Republic and are given a soldier's pension. Expendables who die in the line of duty can expect any immediate family to be adequately compensated for services rendered. It should be noted that of those criminals who survive the service, few return to criminal activity. Most are hired by the Republic to serve as part of crack military or intelligence teams."

Apparently Stellar Games' "Expendables" idea was copied by Starchild Inc.,  who in 1988 produced their own variation called "Justifiers" -
(to 'prove' is the same as to 'justify' in the thesaurus). The characters were made anthropomorphic, but in all other respects, the game was the same: 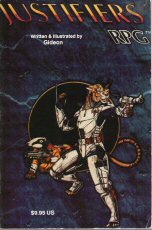 Review pulled off the web:

"You're a "Beta", a Beta Class Humanoid Lifeform. Part human and part animal. The property of the Corporation that spawned you. Your job: Justification and Pacification of new worlds. Find exploitable resources and eliminate dangerous indigenous lifeforms. Your goal: SURVIVE! Stay alive until you can buy your way to freedom. Till then your one of the... Justifiers."

They even had Exos:

Could Kwango do a tango in this?

In 1984, Nitto, a model company from Japan, produced models for the German Market in a set called "Maschinen Kreiger". As part of this set, they produced an exo model called the 'Konrad'. Since the Expendables remains big in Japan and Germany, this appears to be based on EC's work rather than Heinlein's "Starship Troopers" as are their other 'Power-Armour' Kits.

In Kanji, translation is phonetic, so Conrad will become Konrad when translated from Japanese back into German. 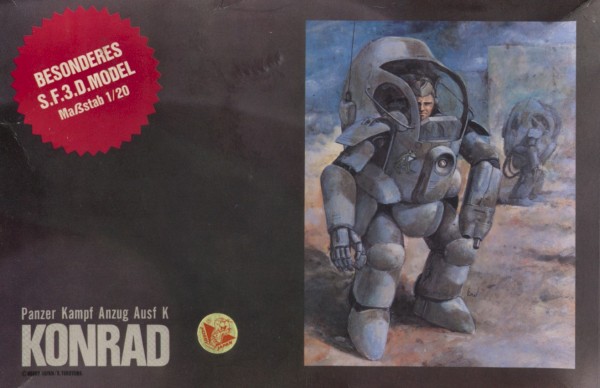 The Konrad Exo was originally priced at 1,200 which works out at around £8.50

Recently the moulds were sold to Rainbow Ten who make other Power-Armour things like BANDAI. They are at present examining the moulds with a view to re-releasing the kits. 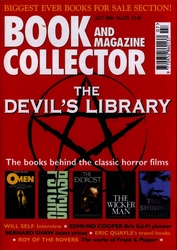 Containg an article on Edmund Cooper by his son Shaun